Aaron Kopp
The award-winning filmmaker and national Emmy-nominated cinematographer grew up in the Kingdom of Swaziland. Aaron shot and co-produced the Academy Award-winning documentary about acid attacks in Pakistan, Saving Face. He was also cinematographer for the Sundance Audience Award winning and Academy Award nominated film, The Hunting Ground, about sexual assault on college campuses. He has worked across Asia, Africa, the Caribbean, Europe, North America, and the South Pacific on films for HBO, Netflix Originals, National Geographic, Discovery, UK Channel4, CBS, CNN, and PBS. Aaron was awarded grants from the MacArthur Foundation and the Doha Film Institute for his feature directorial debut, Liyana, which won Best Documentary at the LA Film Festival, and the jury award for Artistic Bravery at the Durban International Film Festival.

Amanda Kopp
The award-winning photographer and artist was producer and cinematographer for the short film, Likhaya, which won a Golden Palm, People’s Choice, and Best Documentary awards at international festivals. She also filmed for the Sundance 2015 premiered film, The Hunting Ground. Amanda’s photographic work has been published in the UK, US, Sweden, Germany, Russia, Pakistan, and Italy. Her photographs won the Grand Prize in the Photo District News Top Knots photography competition. She has traveled to Swaziland regularly over the past 14 years and directed her first feature length film, Liyana, with funds from Shine Global and Fork Films. Liyana won the grand jury prize for Best Documentary at the 2017 LA Film Festival. 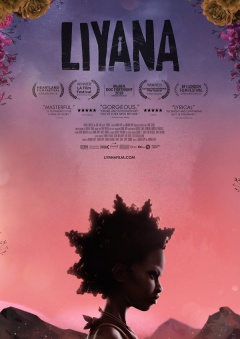 LIYANA is a story born in the imaginations of five orphaned children in the Kingdom of Swaziland. The film follows the children, Zweli, Sibusiso, Phumlani, Mkhuleko, and Nomcebo, as they collaborate to tell the original tale of Liyana, a fictional character whose early life bears remarkable similarities to their own. The world that the children imagine for Liyana is brought to life in an innovative style of animated artwork. This hybrid film weaves documentary scenes together with the animated adventure. More