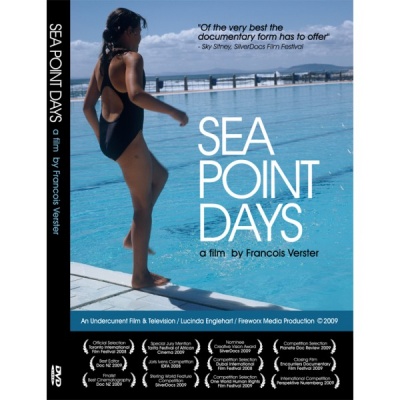 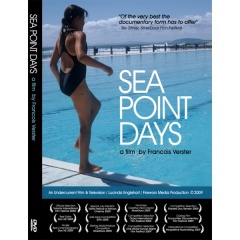 SEAPOINT DAYS was originally conceived as a project called LIFE IN COLOUR, which hoped to look at social (and largely racial) relations and perceptions in South Africa through the medium of static, relatively unmediated cinematic tableaux. I visit the Sea Point municipal pools (and promenade) almost every day during the summer, and it seemed progressively more obvious to me that most of the issues I was hoping to explore could be accessed within the confines of this public space – hence, the project was reborn in its current form at the end of 2004.

At a thematic level, the film deals partly with racial, social, religious and power relations, identity and perceptions in the not-so-new South Africa as experienced or displayed in a transformed public space. It naturally, then, looks at how these are experienced and negotiated by a white person like myself – or, significantly, the elderly white inhabitants of the area. Over the production period, it became very clear that the film would look not only at the rising black South African middle class (and at the possibility of a multiracial society) but also at how white people are negotiating feelings of responsibility and guilt about past and present, and how they are conceiving their own future in the country. The unique physical space approached by the film allows observation, exploration and reflection on these issues – all the more so because it is the one place that black Capetonian’s keep up as an example of exclusion during Apartheid years.

As filmmaker who has almost exclusively made films about ‘coloured’ or black people, working with white subjects was an often uncomfortable experience. Quite basic questions came up, such as, Can I feel part of their world? Are they allowed to speak about happiness in a world that has been so destructive for so many? Can I be happy with them? How valid is a white voice? What could an authentic white voice be? Importantly, then, the film tries to explore whether there is scope for a form of ‘salvation’ in the form of a white voice that is authentic and not immediately rejected, precious, spoilt, guilt-ridden, arrogant, blind or pathetic – in short, one that is aware of the past and present, yet purposeful and useful.
But the film also, however, entails a celebration of an unusual, magical publics pace: one that not only actively reflects curious and entertaining social and racial dynamics, but also one that is simply beautiful, interesting and filmic. As with every other visitor, there seems to be a story to tell every time I go there: a question, perhaps, of people being unrestrained by cars or security gates and for once being unselfconscious in living out daily habits and rituals… and also of being able to look in ways that are not usually allowed. In a very real way, this film embodies inspiration for finding hope, rest and peace within an often difficult and conflicted urban society.

Originally, the film consciously set out to explore the possibility of happiness in South Africa (something which this space seemed to offer) – but it soon proved that such a quest leads to endlessly layered and complex results… In a sense, the film as it turned out deals more with the intersections amongst race, class, beauty, anxiety, spirituality, happiness, identity than about those themes in particular. Each chapter is subtly weighted towards specific themes – but all the other themes are also always present – the film tries to “dislocate” over-subscribed debates about these themes by situating them in a cinematic, emotional and unexpected context. I have tried to use the medium of film itself to give voice more deeply to the contradictions of being South African than I would be able to in a more discursive film or other medium.The film tries, with little direct interference from the director, to use apparently everyday material in a more abstract, indeterminate philosophical meditation, one in which the real is transfigured into something else. It is both far more personal than any other film I have made (I think that most of my own interests, processes and anxieties are somehow present in the progression through the film) and one in which meanings are consciously indeterminate, albeit located in a broadly humanist framework. What I enjoy about it is how it manages to avoid being tied to any particular subject or issue: for example, it seems to deal with the Sea Point pool and promenade, but is actually about far more than that – or, it seems to deal with race and class relations, but somehow travels beyond those.
I still have to get some distance from it before I can give any vaguely objective judgment, but I feel that I have made a leap in my own filmmaking in terms of being able to step away from the strict confines of theme, character and/or narrative. I suspect that the film is not going to be to everyone’s liking – but that those who are perceptive to what it attempts to do will have an experience that opens up unexpected new thoughts, emotions and insights into what it means to be South African today. 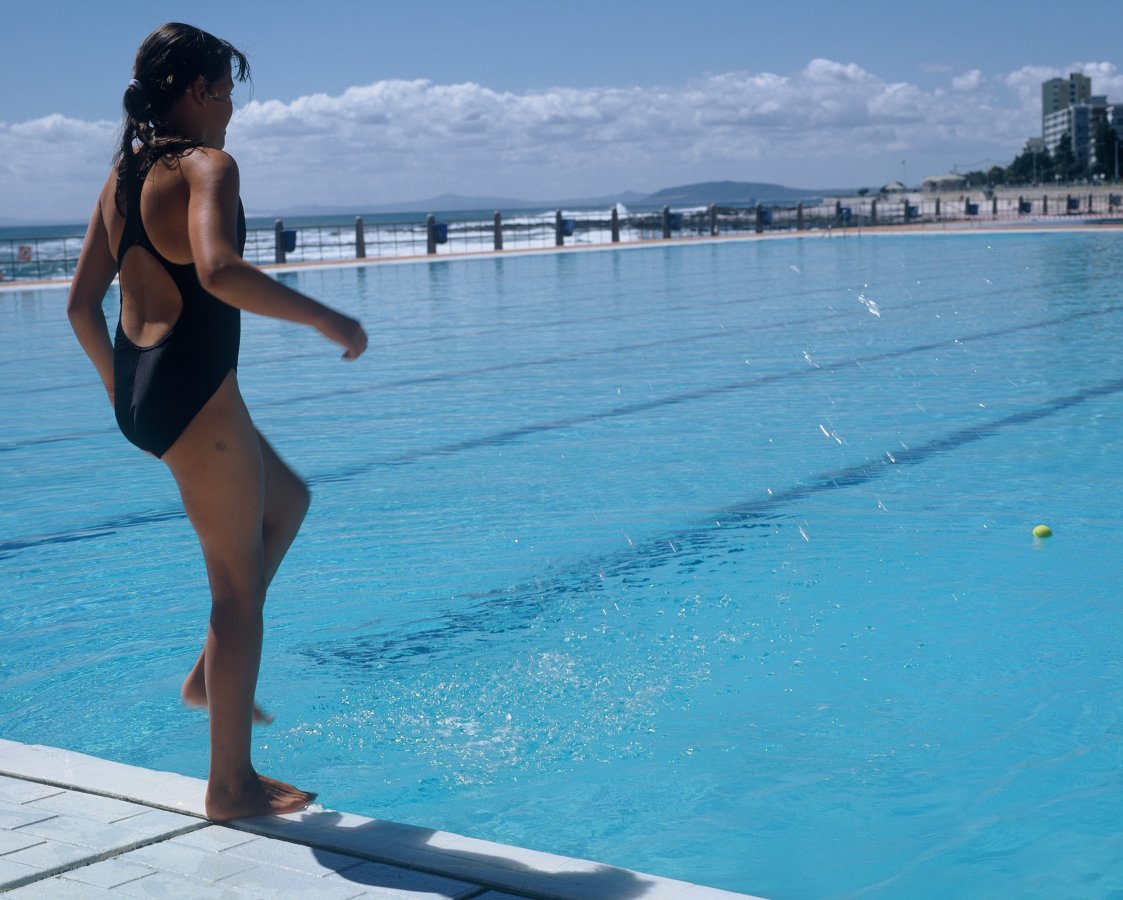 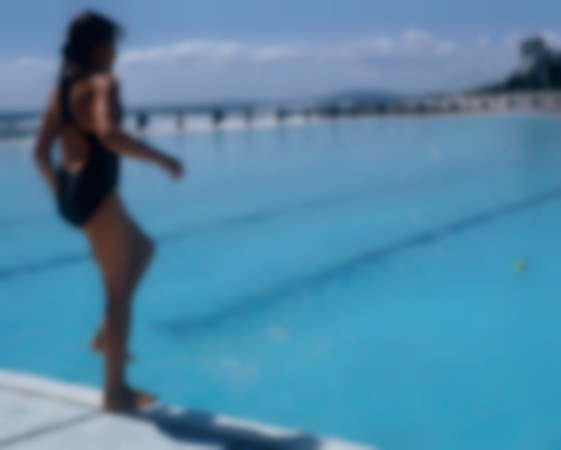