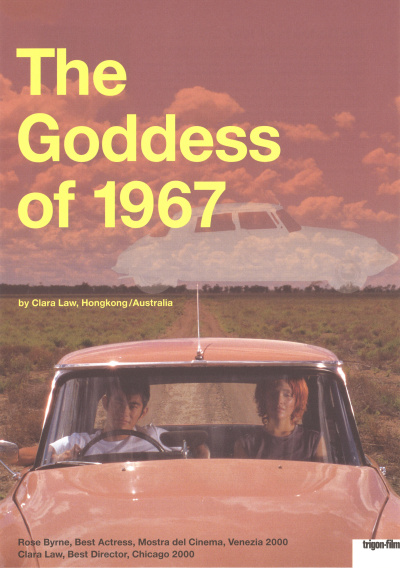 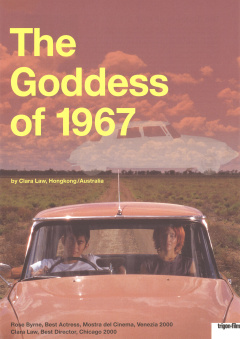 A Japanese man searches the internet looking for his dream car, a 1967 Citroen DS (in French: Déesse, or "Goddess") . He locates one in Australia and travels there to buy it. Upon his arrival he finds the seller dead. A 17 year-old blind girl tells him she can take him to find the real owner. Together they embark on a strange and erotic journey into the arid Australian desert, populated by abandoned mining towns - a desolate land and a dark haunting past. Before long, their separate quests become one: a shared desire to transcend the past and find redemption, achieved under the benevolent eye of the Goddess.

"Outstandingly original in both conception and realisation … The direction and acting are excellent, and Byrne’s mesmerising performance as B.G. brilliantly."
International Herald Tribrune

"Utterly postmodern in its story and style, THE GODDESS OF 1967 is a sophisticated picture."
Variety

"A bold narrative experiment supported by some striking and surreal photography, "The Goddess of 1967" sees Hong Kong's Clara Law allowing her imagination to have free reign in the Australian outback."
Hollywood Reporter 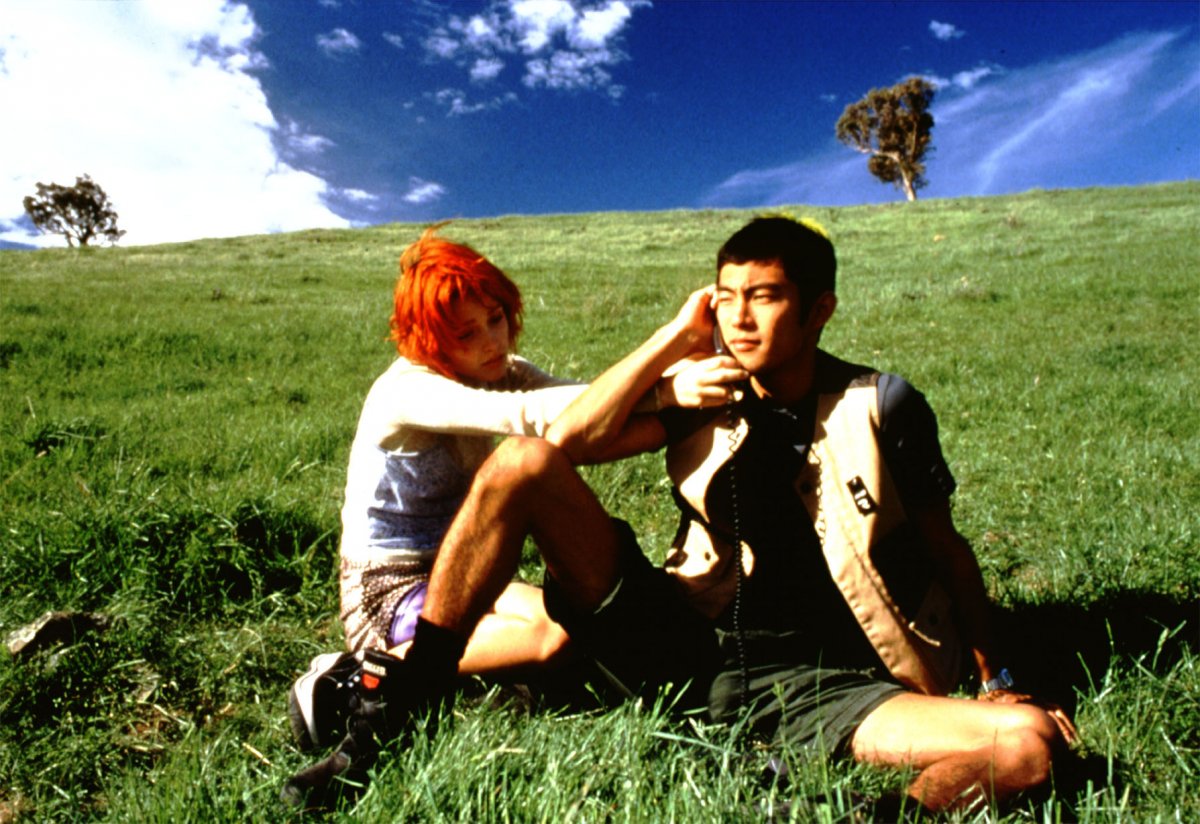 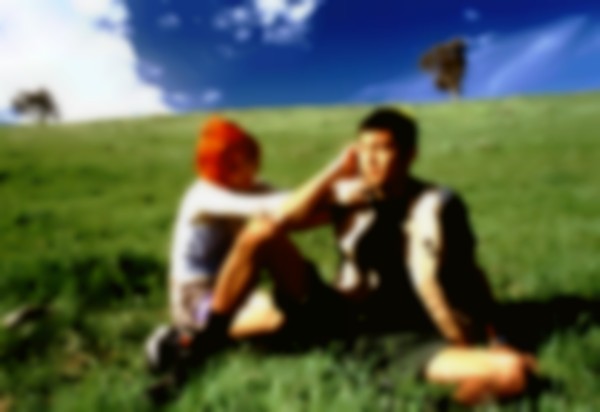