Born in 1976 in Buenos Aires. In 2002 he directs, co.writes and produced his first long feature film, Tan de Repente which was multi awarded  in international film festivals, including the Silver Leopard in Locarno. Same year, Diego is one of the directors selected by Cinefondation of Cannes as a resident in order to work on his new script, Mientras tanto wich is awarded with Opening Shot Prize of Best Screenplay (Cinefondation and Gan Fondation) and premiered at the Venice Film Festival in 2006.  Diego also directed nine short films including La Prueba (1999) and La Guerra de los gimnasios (premiered at Locarno Film Festival 2005).  In 2007 he did a documentary Film for Television called Servicios prestados that was also premiered at the Locarno Film festival. In 2008 he founded with Nicolas Avruj his own production company, Campo cine. In 2009 he won with La mirada invisible (ex – Ciencias Morales) the Sundance NHK Award for Latin America, the project was selected for the Atelier du Cannes 2009 and premiered in 2010 at the Cannes Director´s Fortnight. 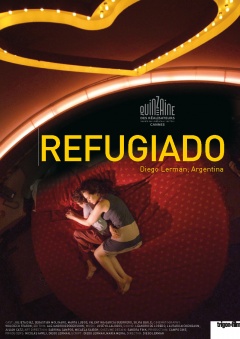 Matias and his mother Laura, find themselves forced to hurriedly abandon the house they live in to escape another outburst of violence from Fabian. Matias is 8 and Laura is newly pregnant. Thus they begin a wandering journey in search of a place they can feel safe and protected. They embark on an unusual road-movie of everyday life, a drama shot through with great humanity. More 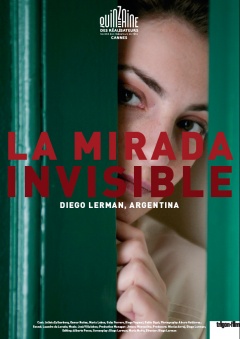 Marita is a supervisor at the Colegio Nacional in Buenos Aires, the establishment that trains the country’s future elite. She is 23 and wants to do things right. Mr Biasutto, the head supervisor, immediately sees in her the zealous employee that he has been waiting for and teaches her to become the vigilant eye attentive to everything but that avoids attracting the attention of others: the invisible eye. Marita then throws herself into the relentless surveillance of this tiny, closed world, imagining, detecting, pursuing... More