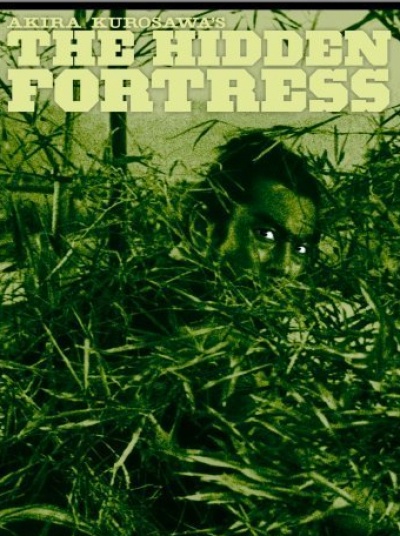 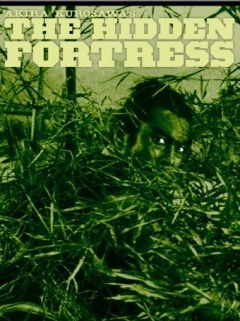 It happened in the age of civil wars. Feudal Lord Yamana defeats his rival, Akizuki, holding the neighboring province. But Lady Yukihime, heiress to the Akizukis, survives and hides within her dead father’s fief and the whereabouts of Akizuki clan’s war funds consisting of some 170 pounds of gold bars are unknown. Feeling uneasy at the thought that Lady Yukihime may escape with the gold into the neighboring province held by Hayakawa who is friendly to Akizuki, Yamana orders a thorough search for Yukihime and the gold and places a strict guard along the border. It happens that the gold bars are unearthed by two low-grade samurai, Tahei and Marashichi, who have left their native village to try their fortune. When they are beside themselves with joy at this unexpected good luck, a samurai of stout build bursts upon them. He is a captain of Akizuki’s arm named Rokurota Makabe who has been guarding Lady Yukihime and the gold bars I a hidden fortress and watching for the chance of their escape into Hayakawa’s province. He decides to pass through Yamana’s province into Hayakawa’s fief by making use of the two greedy samurai. He makes his younger sister Lady Yukihime’s scapegoat, loads the gold bars packed like firewood on a horse, lets Yukihime disguise herself as a poor deaf girl and then leaves the fortress with Tahei and Matashichi following like his servants. The party succeeds in cheating the barrier keepers and enters Yamana’s province. Yamana’s men find that the girl they have caught as Lady Yukihime is her scapegoat. Yamana’s inquiry gets stricter and stricter. While feigning deafness, Yukihime occasionally discloses her innate disposition. Tahei and Matashichi are bent on fleeing away whenever favored by chance. Rokurota is all the time worried. Finally Rokurota is unmasked by Yamana7s warrior, Hyoe Tadokoro. He accepts the sword challenge of the latter and wins in the fight, but sparing Tadokoro’s life goes away. The party escapes the snare of a fire festival set by the Yamanas, but their relief is momentary, for with Hayakawa’s border a few steps ahead the party is arrested by the barrier keepers. By this time Tahei and Matashichi are gone, finally making up their minds to blow the gaff. The day of execution of Yukihime and Rokurota arrives. Tadokoro who had his life spared by Rokurota changes his mind and the prisoners are set free to escape into Hayakawa’s province. Their secret information belated and their coveted treasure gone, Tahei and Matashichi too escape into Hayakawa’s province. They are arrested and led to the castle where at an elevated ground stand with dignity fully-dressed Yukihime and Rokurota. Tahei and Matashichi prostrate themselves. Rokurota gently speaks to them: “I am sorry I have deceived you, but the gold is what is indispensable for restoration of the Akizukis.” So saying, he hands them a piece of gold. The two men go away with the money, looking happy as they never have been. 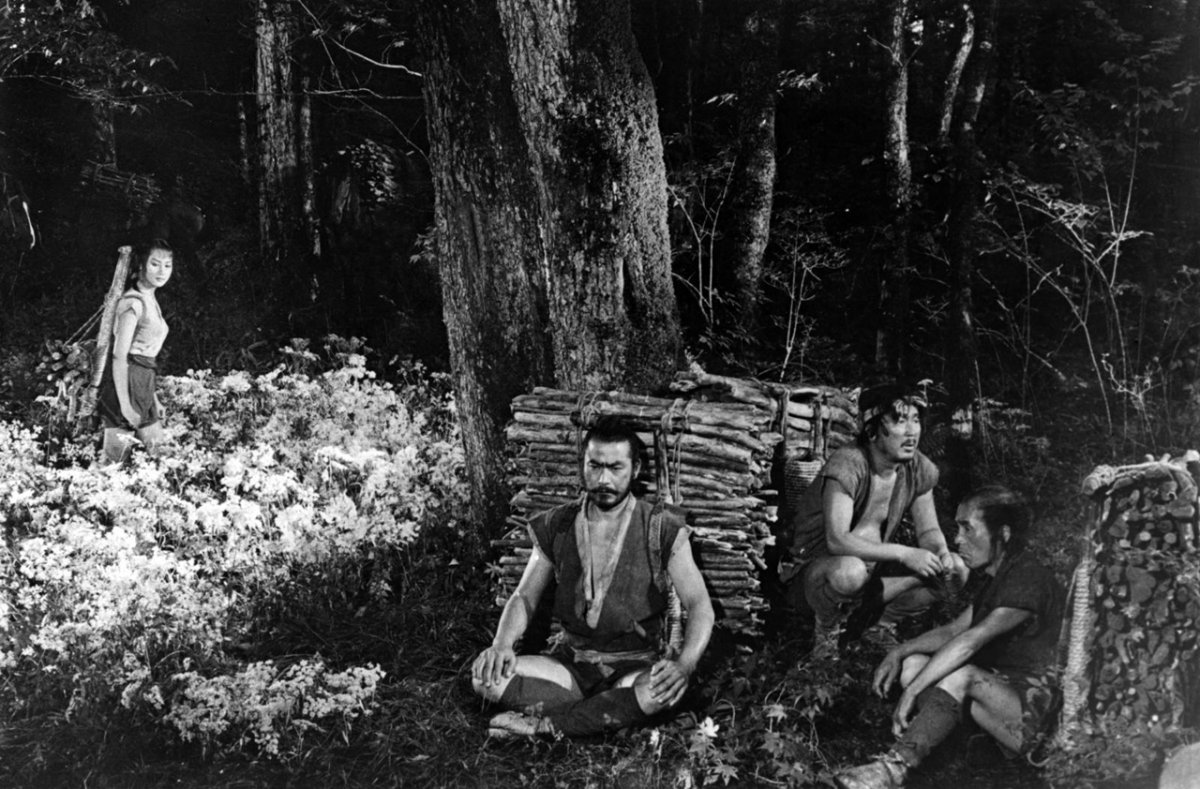 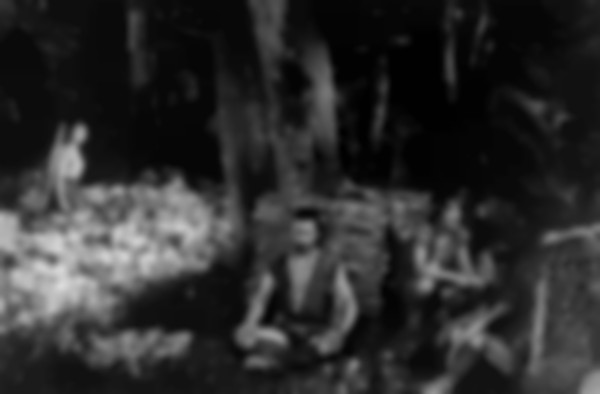